Dr. Richard Vachon has had an established dental practice in Manchester, NH since 1977. A native of NH, Dr. Vachon attended St. Anselm College for his undergraduate studies and attended Tufts University School of Dental Medicine in Boston for his advanced dental degree. He has extensive post-graduate studies in all fields of General Dentistry, including Cosmetic and Esthetic Dentistry, Pediatric Dentistry, Periodontal Maintenance (continuing care for gums and bone around the teeth), and Patient-Centered Care, all targeted to better serve our patients.

Dr. Vachon is a past president of the New Hampshire Dental Society and has served on the board in various roles over 10 years. He has been very active in the community and donates his services to children and adults in Manchester and nearby communities. Dr. Vachon was the administrator of the Albert D. Poisson Special Care Dental Facility at Catholic Medical Center in Manchester for 10 years. He is also a member of the American Dental Association. Dr. Vachon has enjoyed being a member of the medical/dental staff of the Manchester Monarchs Hockey team since 2005. He also devotes much of his time to his ongoing education in the dental field. Dr. Vachon’s hobbies include gardening and photography. He also enjoys traveling with his wife Yvette and spending time with his family which includes his son Jeff, and his daughter Catherine and their families.
Dr. Richard Vachon is pleased to announce that his son, Dr. Jeffrey Vachon,  joined the practice in 2010.
In 2013, Dr. Vachon was the recipient of the Charles T. Lambrukos, D.M.D. Award in recognition of his continued dedication to the oral health needs of the underserved in the Manchester area. This award is presented by the NH Dental Society Foundation.  He was also chosen as a Top Dentist by the NH Magazine, voted by his peers, in 2015 through 2019. 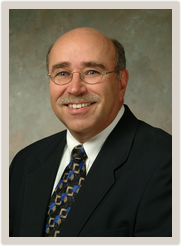